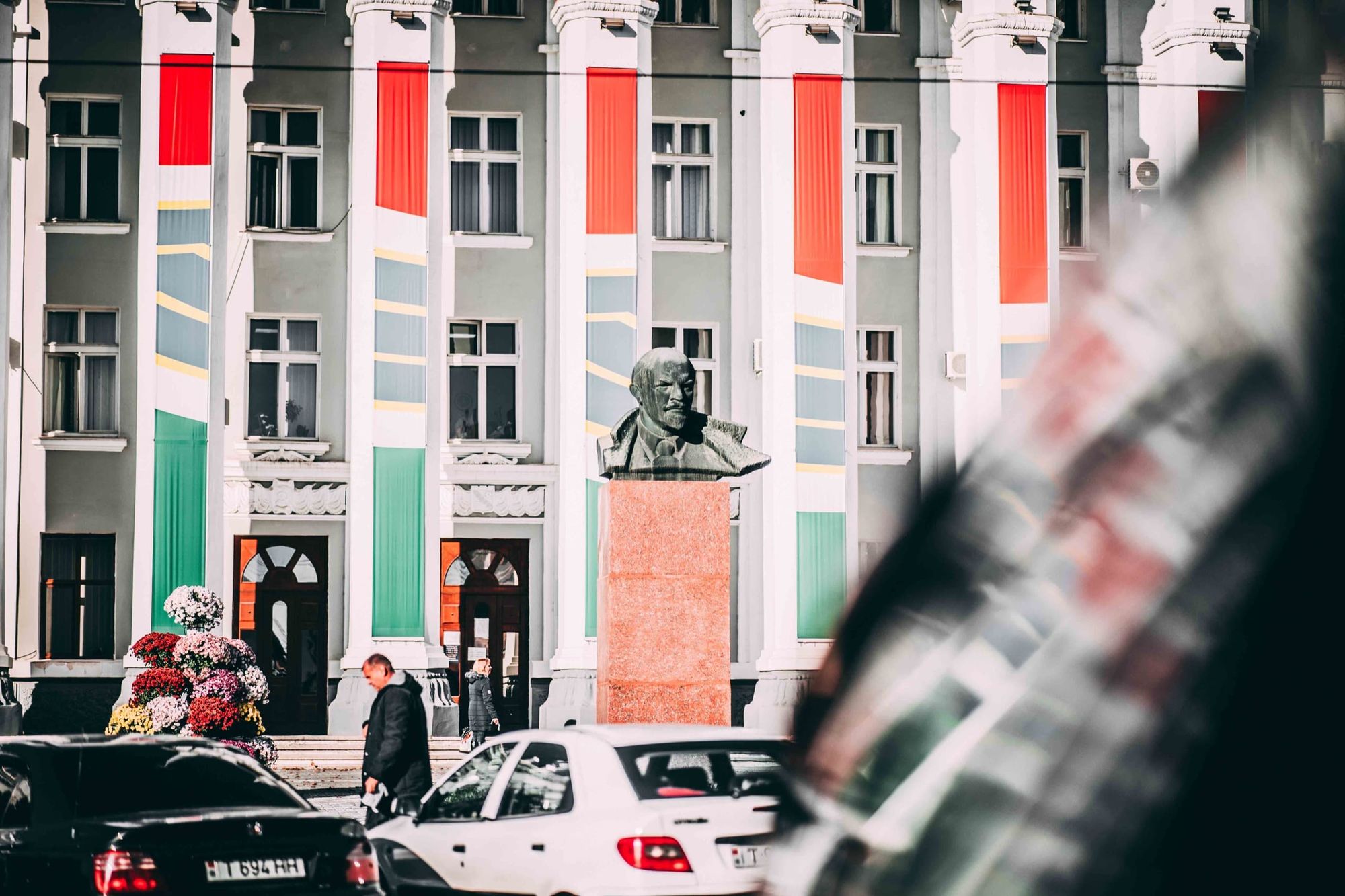 Transnistria, also known as Pridnestrovie «Приднестровье» is a largely unrecognised country sandwiched between Moldova and Ukraine. Almost no one knows of it, and even fewer visit it. Towards the end of 2021 I spend several months in the country to photograph and understand it. Let me show you the land that's still stuck in the soviet union.

Our story ironically begins with the breakup of the soviet Union. While originally part of the Moldavian Soviet Socialist Republic, the tiny region (located east of the Dniester river and west of Ukraine) was responsible for 40% of Moldovas GDP as well as 90% of its electricity. Wanting to remain part of the Soviet union, they separated in fear of Moldova reuniting with Rumania or claiming independence. The latter happened and Transnistria became the battle ground for a war in the early 90s, which was won only due to the support of 'Russian peacekeeping troops', who remain present to this day.

For an incredibly poor communist country its fascinating to see that privatisation allowed one company to own all the grocery stores, almost all the gas stations, a famous alcohol factory, a football stadion that can host 4% of the population and much more than that. It is estimated that it is responsible for 1/3 of the countries GDP.

If you make an article about Transnistria, you have to mention the company Sherrif.

The locals mentioned that some time ago, another grocery store opened. But it 'suddenly' burned down, and now Sheriff has the monopoly again.

Like in soviet times, almost every industry is monopolised, and the traces of its past are still around wherever you look.

And many things remind of the past, in a country thats still stuck in the soviet times.

Its statue as a country or even the rulership is complicated, while Russian army as well as flags cover the country, I have my own theory.

The past not only brought in old friends, it brought infrastructure and houses. While the rest of Europe is facing a gigantic housing crisis, a house can be bought from $7000 or rented from $80 a month - (almost) free Russian gas included.

Most of the people are housed in so called 'Commie blocks', Khrushchyovka's.

Highly condensed housing made from thick concrete. It was cheap to build, but was supposed to be temporary.

Most of them are five stories tall, the maximum hight that didn't require an elevator.

Frequently there would be a communal kitchen and bathroom on one floor. After Perestroika, most of the people added private amenities to their little apartment.

Made of concrete, they survived decades of no maintenance and will most likely endure more.

A typical slavic phenomenon is the huge difference in maintenance of the (private) interior of the house and the (public) exterior.

One of the reasons why housing is so inexpensive in Transnistria, is because most people work abroad

Advertisements to work in 'Europe' scatter the entire country. The economy is not doing great and the only way many people can feed their families is by working often soul-destroying jobs in the EU or in Russia.

The alternative is to work low-paying jobs in this country such as garbage man or a cashier at Sheriff. One look at the state of the infrastructure shows that many people have moved away for better opportunities .

But wherever there's ugliness, there's usually beauty around the corner.

The graffiti scene of Transnistria is very active. Using old soviet bridges or buildings, they make pieces of art.

Such as this artwork of Yuri Gagarin, the first human in outer space

Like cheap houses and art, another subsidiary of Sheriff is also always around the corner: Their alcohol factory: Kvint

There is a well-defined drinking culture in the 'country', and bottle of cognac is found in almost all households for most times on the day.

And although a normal person wouldn't see a future in Transnistria in this poverty, the people remain happy. With a spirit that can't be broken, they face the harsh winter and times when there's little food, but dance on the street whenever plays music.

Or just smiling at everyone on the streets, even though peoples tiny Russian pension is barely enough to live off.

Family is extremely important. Here's a man playing hide-and-seek with his daughter. Nothing could distract the Transnistrian people from having a good time

Or from showing up in dramatic photographs.

This was one of three articles about Transnistria. Other entrees in this series are