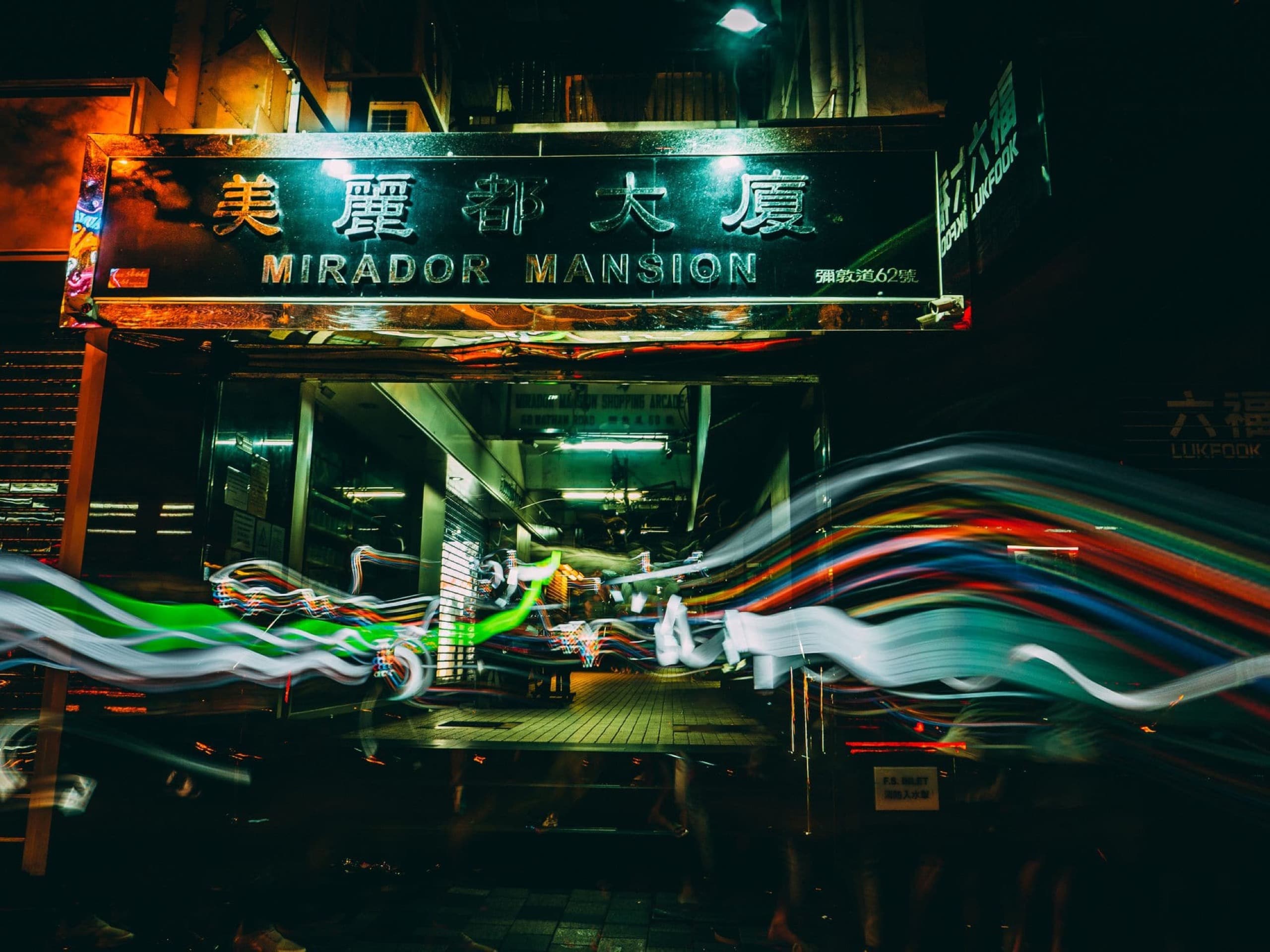 Diversity at Mirador mansion - 54-56B Nathan Rd, Tsim Sha Tsui, Hong Kong     The mansion is next to another great mansion, the Chunking Mansions. Both inhabit an extremely cultural diverse group of people, many multi-coloured nationalities walk into the buildings every day. All carrying their phone and leaving a bit of 'them' onto not only the building, but also on the photo.

This series encompasses many things that seem normal in daily life and shows them (without the use of photoshop) in the way I as a photographer see them, in a different view.

Long exposure of a metal worker with an angle grinder - Hanoi, Vietnam

Alone in the light - Ha'hagana - Tel Aviv, Israel Sometimes you can be lonely in a gigantic city such as Tel Aviv, the amount of people form a wall [of light] and prevent you from getting to know an individual person.

People walking into the coop compact - Campus, University of Twente

The coloured lines are not edited in, they are the light that came from the phones that people had on them when walking in and out of the store, as well as any reflections on their clothing. The multi-coloured lines represent the diversity of the people coming to the University, and their addiction to smartphones.

Getting out of bed in the morning - Campus, University of Twente

People being kicked out of the library at 10:59 PM - Campus, University of Twente