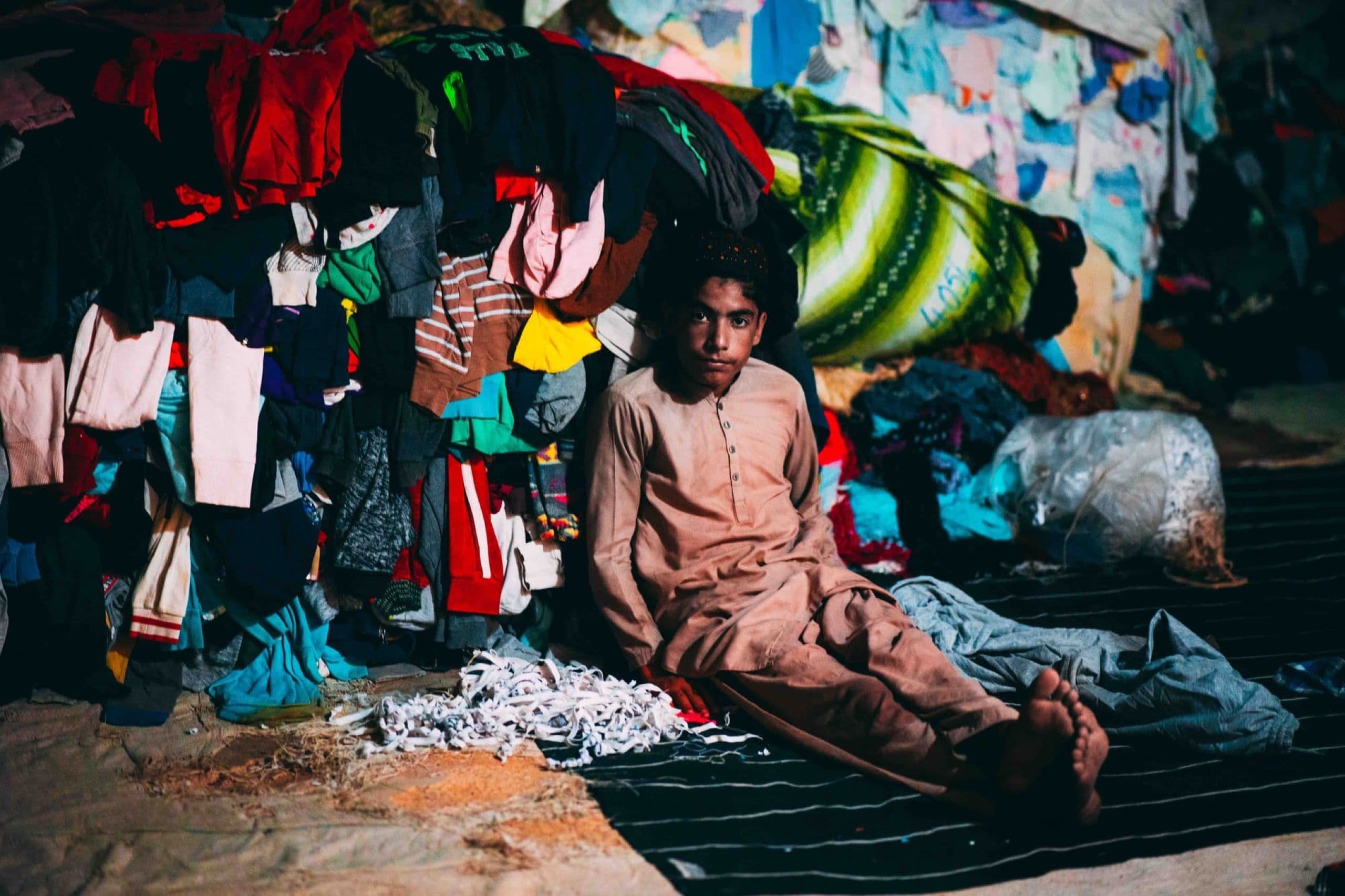 or, where do our donated clothes go?

Clothes. While we can only wear one outfit at the same time, our consumption is ever increasing. Fueled by fast fashion brands such as H&M, ZARA and Shein we buy more cheap, temporary fashionable clothes than we can use up and have to get rid of them once it no longer sparks joy.

While tens of billions of kilo's of old clothes end up in landfills every year. There seems to be hope: Donating clothes is becoming a growing trend with more and more shops starting donation programs. With the promise of a new life for clothes as well as the reduction of environmental and human cost. While it feels good to donate, only 20-30% of clothes actually make it to the next customer. And that customer most likely isn't going to be your local single mother or homeless guy.

So, where do all those collected clothes go if the domestic supply is larger than the demand? Like our other trash, they are exported to third-world countries. But what happens then? I went out to explore the clothing arriving in the formerly 'most dangerous', but still most densely populated poor district of Karachi, Lyari. I look at the people doing the actual work, and their living and working conditions.

After the bales come in from the sea, they are transported across the by any means towards sorting halls. Sometimes with the power of trucks, but the traditional way of using horsepower seems more efficient in the narrow streets of Karachi.

By human power, the bales are unloaded.

And they are stacked  in large warehouses. According to the workers these clothes are what hasn't already been thrown out or were used in Europe. The origin is mostly European as well as American.

The outside of a row of warehouses. All owned by different families.

Once a load arrives, people start sorting out the clothes

Frequently they rely on much younger staff.

They frequently work more hours than their own age. When asked how they felt, they answered "Tired"

There is so much work that frequently people actually sleep here. Here are two workers doing their daily prayer (Salah).

Some personal possessions of the workers

Humans clearly aren't the only thing that live and work here...

It's hard work to sort out the clothes, and in a pandemic most of them don't wear adequate protection. Although there seem to be enough protection clothes around

The clothes are sorted into stacks of the same fabric or colour.

Those piles and piles of clothes contain many treasures, or reminders or their origin.

This item originated in the Netherlands, as it is the working gear from a company that manages railroad infrastructure such as train tracks.

The mentioned companies declined to comment on the origin and story of the clothes.

I wonder if the bride tossed away her marriage just like her bridal dress.

Or any of these. Any piece of clothing has their own unique story. Maybe the bride has a happy marriage and is finally ready to clean out her closet. Maybe a Pakistani bride will have a happy marriage in a second-hand dress.

The sorted stacks are then hauled on trucks for further processing. The workers told me that most of the clothing is sold locally or shipped to Afrika. It is transported on any vehicle available.

We've seen the lifecycle of the clothes as they pass through the system of recycling, but what about the life of the people? How to they live?

Many of the workers wear whatever clothes they can find in the sorting hall.

Even though Pakistan has an active Cannabis scene, it's still not accepted by the goverment, and it would be uncommon for a company to produce cannabis styled clothing.

These are some of the workers that invited me to their homes. The guy in the middle was 17 years old, and and had a child of 1 years.

"My entire life I've wanted to be a father, and now I finally am", he said

"What about your wife, is she going to school?", I asked.

"No, she's at home cooking and busy with my son", he answered

The people I've met were from very conservative backgrounds and family life was very important.

Every piece of clothes you've ever known, has to go away in the end as we can't have it all. All that some have left, is an empire of forgotten fabric.