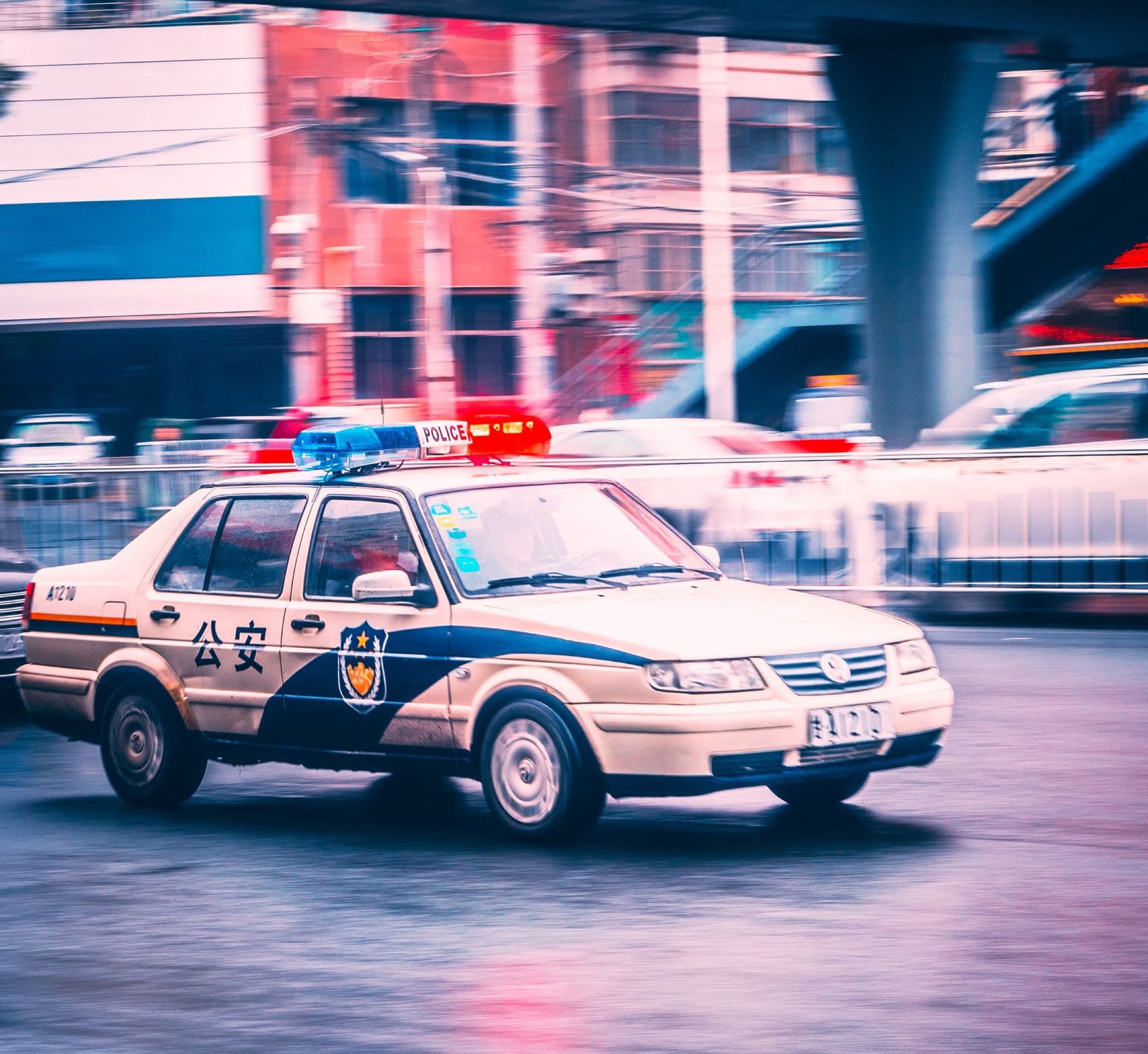 Police car in Xinjiang. The police is everywhere in this Orwellian police state. Every 120 meters you'll find a swat team with 3-5 heavily armed police and a police bus. Facial tracking is everywhere, and phone searches are done daily. If you don't give them your password you have a gigantic problem.

Xinjiang has recently gotten more media attention, after many report showed the Chinese government managing 'The Uyghur problem' in a similar way as the Nazi's did with their 'Jewish problem'. Locking up > 1 million of the Muslim minority, 're-educating them' while simultaneously solving the organ donation problem by getting mandatory volunteers. Although it was forbidden to take photos [of police], and I was very close to having my camera confiscated 3 times, it was my task as a photographer of German heritage to sneak in with a camera and show you my view on 'The Uyghur problem'.

I was followed for days by police and I don't know if some of the people I've met on the road are still alive (they started disappearing). Only because I was trained in negotiation, participated in The Negotiation Challenge and knew where to hide my SD-cards, I managed to get out alive, with all the photo's.